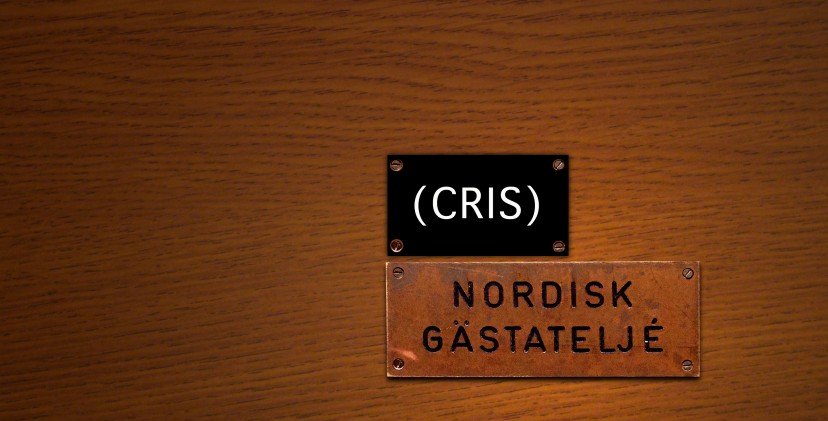 Curatorial Residency in Stockholm (CRIS) was conceived in 2015 as free-space for curators. It is a collaboration between the Nordic Art Association in Sweden and Jonatan Habib Engqvist, curator and writer [interview from 2015]

During their residency period, curators live in central Stockholm and can immerse themselves in the local art scene. Please sign up to NKF´s newsletter for updates.

2015: CRIS is founded and concived as a free space for curators. International curators are invited to spend time in Stockholm without being tied to any particular project or demand for production. There is no schedule of pre-arranged studio visits, but residents are asked to engange in one informal conversation in the space during their stay. The conversations are intended as a very informal survey of the immense variety of aproaches to curating, which also is reflected in the choice of residents.

Curatorial Assistant grants were given to young curators to work with Baltic Triennial, CCA Estonia, Tallinn, Baltic Circle, Helsinki and Nya Småland. An open call was sent out in December inviting emerging art professionals of the region to apply for the 2019 exhibition assistant exchange programme, which takes place at three national pavilions at the 58th Venice Biennale.

Through the Nordic-Baltic Curatorial Research Programme (NBC), curatorial assistant grants were given to three young curators to work with the Nordic, Finnish and Estonian pavilions at the 58th Venice Biennale and research trips where organised to Finland and Sweden.

CRIS becomes part of the development group for The Trans-Hemispheric Residency Programme [THrP] as an initiative to create an art and science exchange programme between the Caribbean and the Nordic Regions. The programme is aimed to explore and foment affirmative physical, cultural, and environmental relations across hemispheres. The initial sites for the programme are Puerto Rico, Sweden, Finland, and Denmark, with expectations to broaden the network to St. Croix, Norway, Germany, and Switzerland. The programme is founded on a sincere wish to provide researchers with transformative experiences across disciplines and hemispheres, ultimately in ways that are not just limited to, and shared beyond, the Atlantic region. Particularly, to find common interests and collaborations — no less through prolonged travel periods by land and sea — that focus upon and transform the way we sense, beyond the visual, the remote and unforeseen forces of Global Warming. The residency programme will initially encourage its participants to work with five ‘axioms’ for practise-based investigations and exchanges that address global warming: (1.) tropical and colonial memory studies; (2.) present and future convergence of global market and accelerated climate change; (3.) global warming resilience; (4.) plant science as social, sculptural, and infrastructural practice; and (5.) spiritual and bio-medicinal practices and solutions in herbal and tropical horticulture.

2020: Michy Marxuach and Fernando E. Lloveras San Miguel visit the Nordic Guest Studio before they continue by boat to Finland in an on going collaboration with Contemporary Art Archipelago (CAA). Michy and Fernando, together with CRIS, the artist Luis Berríos-Negrón and curators Taru Elfving (CCA) continue to develop the THRP initiative to stimulate artistic and scientific exchanges between the Caribbean and the Nordic Regions – exploring and fomenting affirmative physical, cultural, and environmental relations across hemispheres.

At the end of 2020, the past five years were summerised as a guest book within the publication 75 Years – The Nordic Art Association in Sweden (Arvinius + Orfeus Publishing) and the management of CRIS in the Nordic Guest Studio handed over to a new generation of curators.